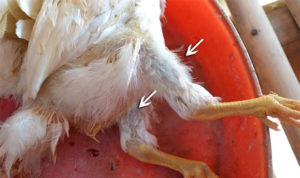 Edema (fluid accumulation) under skin of legs in affected bird

IBD is caused by a birnavirus (infectious bursal disease virus; IBDV) that is most readily isolated from the bursa of Fabricius but may be isolated from other organs.

It is shed in the feces and transferred from house to house by fomites. It is very stable and difficult to eradicate from premises. 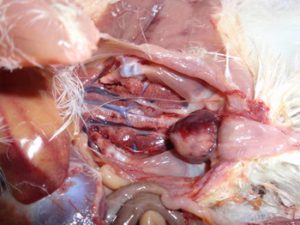 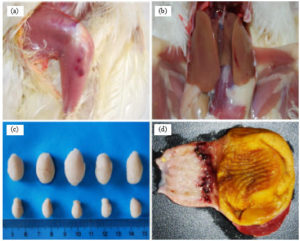 a. hemorrhages under thigh
b. enlarged spleen
c. malformed eggs
d. hemorrhages at the junction between proventriculus and gizzard 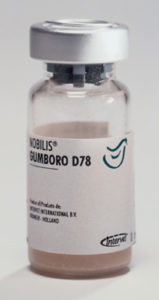 Gumboro Vaccine, to be given at 14 days in Indian conditions in broilers